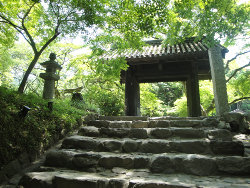 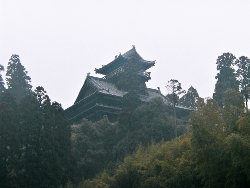 綾城
Aya Castle is classified as a mountain castle, and is located in Miyazaki Prefecture. During the pre-modern age, it found itself within the borders of Hyūga Province. It is associated with the Aya, Itō clans. Dates in use: 1331- 1615.

Reconstructed Kyūshū Region Hyūga Province
When the Ito clan took possession of the castle during the Muromachi period it was one of 48 under their control & the most strategically important in their war with the Shimazu. The current main tower dates from 1985 & its design is representative of castles dating from the Sengoku period. Inside there are displays of armour, maps and other historical items.

Today, this castle's main role is that of "International Craft Castle". A separate building houses a vast range of the local crafts.