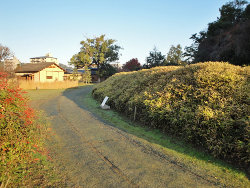 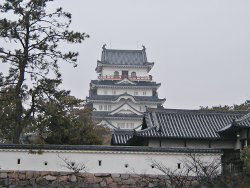 福山城
Fukuyama Castle is classified as a hilltop castle (its layout: Rinkakushiki), and is located in Hiroshima Prefecture. During the pre-modern age, it found itself within the borders of Bingo Province. It is associated with the Mizuno, Abe clans. Dates in use: 1622-1874.

Reconstructed Chūgoku Region Bingo Province
This was once an immense castle. It was built thus to provide a buffer between Daimyō who had been loyal to the Tokugawa clan & those who had not. Unfortunately, much of this castle was destroyed in WWII bombing. Both the Fushimi turret & the Sujigane gate have been designated Important Cultural Properties & had made there way here when Fushimi castle was decommissioned.