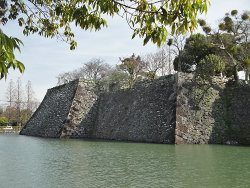 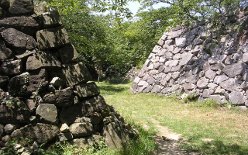 西生浦倭城
Seosaengpo Castle is classified as a mountain castle, and is located in Korea. It is associated with the Toyotomi clan. Dates in use: 1593 - 1598.

Ruins Korea Region
Built at the beginning of Hideyoshi's six-year & ultimately failed campaign to overrun the Korean peninsular, it was also perhaps the strongest. Located atop a steep hill, it was protected by multiple rings of defence and further protected by cliffs & a harbour at its borders. This strong defensive position made the combined Korean/Chinese forces hesitant to attack.

Of the network of Wajō that lined the Southern & South-eastern coasts, there was just one further to the East, that of Ulsan. When Katō Kiyomasa received word that the Ulsan Wajō was under siege, he gathered a force & successfully relieved the castle, allowing them to safely withdraw from the castle & the war.