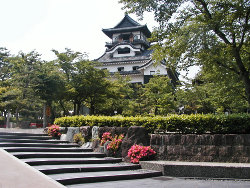 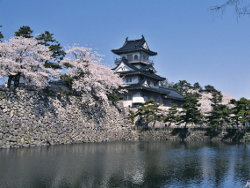 富山城
Toyama Castle is classified as a flatland castle (its layout: Teikakushiki), and is located in Toyama Prefecture. During the pre-modern age, it found itself within the borders of Etchu Province. It is associated with the Sasa, Maeda clans. Dates in use: 1543 - 1871.

Reconstructed Chūbu Region Etchu Province
This castle was originally built by the Jinbo clan, approximately 50 years later, Maeda Toshii was awarded the area. Major rebuilding took place after a fire in 1609 but had since been damaged by earthquakes & fires. The current main tower dates from 1954.

This castle suffered destruction by fire a many times throughout its life.